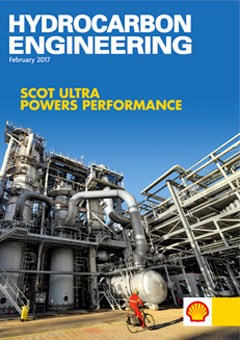 Before President Donald Trump even had time to settle into his new surroundings in Washington D.C., the Republican administration had published its ‘America First Energy Plan’ onto the White House website.

The energy plan reiterated President Trump’s intention to “embrace the shale oil and gas revolution”. The statement read: “We must take advantage of the estimated US$50 trillion in untapped shale, oil, and natural gas reserves, especially those on federal lands that the American people own.” The Trump administration promises to use the revenues generated from energy production to rebuild the country’s roads, schools, bridges and public infrastructure.

While the new US government’s industry-friendly stance certainly makes promising reading for producers, uncertainty persists for other areas of the country’s energy industry. Proposed tax reforms remain a key area of interest, especially legislation surrounding a mooted ‘border adjustment tax’. Under the plan, exports would be exempt from income tax, while imports would be denied such a deduction. This proposal could have a significant impact on the global energy industry. According to a recent report from PwC, US companies that are able to export a portion of their oil production, refined products, chemicals and equipment would stand to benefit from such a tax.1 However, PwC warns that companies that import oil for refining and processing activities would not be able to deduct those expenditures, with the potential for significant short-term economic disruptions.

The exact impact of such a tax policy remains uncertain. Indeed, PwC also notes that “many economists believe the border adjustment would strengthen the value of the dollar and thereby lower the cost of imported products so that there could be little or no net change in the after-tax cost of imports.”

A policy that reduces taxes and regulations may also lead to falling US gas prices, which could have a significant impact on the global LNG industry. A number of US liquefaction projects are expected to start production over the next couple of years, joining Cheniere Energy’s Sabine Pass terminal in Louisiana, which also has additional capacity coming online. While the fall in oil prices in recent years had reduced the competitiveness of US LNG for the Asian market, Wood Mackenzie’s Senior Analyst Australasia, Saul Kavonic, warns that this may not be the case for much longer: “Any policies that Trump implements – lower taxes, less regulation, opening up more areas for drilling – all imply more production, which implies lower US gas prices, which means lower cash costs for US LNG exporters, and lower spot prices in Asia.”2

In this issue of Hydrocarbon Engineering, Contributing Editor, Ng Weng Hoong, takes a closer look at the latest developments in the Asian LNG market, with a particular focus on Australian exports (starting on p. 12). While the potential impact of a Trump presidency on the global LNG industry is difficult to predict, it is undoubtedly a market to monitor closely in the months and years ahead.

Get your free issue of Hydrocarbon Engineering