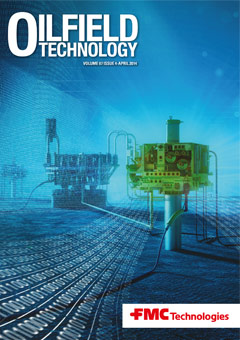 Sometimes bad luck can haunt the most promising of ventures. I know I am not alone in looking at Kashagan and shaking my head in disbelief at how something with such potential could face so many pitfalls.

Following seismic tests in the 1990s, Shell drillers confirmed that a giant field lay beneath the shallow waters of the Caspian Sea. It remains one of the largest discoveries in the last 40 years, with an estimated 13 billion barrels of recoverable reserves. The government of Kazakhstan, keen to modernise and establish itself as an oil and gas nation independent from its former Soviet masters, struck a deal with foreign firms including Eni, Shell, Total SA and predecessor companies of ConocoPhillips and Exxon Mobil Corp. It was decided in 2001 that Italy’s Eni would lead the US$ 10 billion project, but all companies in the international consortium including Kazakhstan’s state-owned KazMunaiGas (KMG), were given veto power.

First oil was expected back in 2005, but now nine years later and at least US$ 30 billion over budget; operations have been halted indefinitely. A disappointing false-start last autumn led to the discovery of leaks along the 55 mile gas pipeline, caused by sulphide stress cracking. At time of press, the North Caspian Operating Company (NCOC) has confirmed that the project has been shut down and it is expecting test results on excavated sections of the pipeline soon. The project could remain offline until 2016.

It is understandable that the US media has enjoyed documenting this downfall. After all, when Kashagan was first announced, the US was looking at a vastly different energy landscape before game-changing tight oil discoveries and hydraulic fracturing breakthroughs. The country is now on track to energy independence.

Americans thrilled about their newfound reserves can also thank their political stability and largely co-operative culture for the success. Both onshore and offshore the industry is booming, and the USA remains a secure investment for many. The deep waters of the Gulf of Mexico are considered some of the world’s most challenging. Yet despite new rules and regulations in the post-Macondo era, the region is still considered a predictable, safe bet. It contributed 17% of the crude oil produced in the US in 2013 according to the EIA, and remains an attractive area for all the majors. Government estimates report that some 48 billion barrels could still be recovered from the Gulf, a healthy number considering it has seen decades of production.

“A barrel of discovered oil in the Gulf of Mexico is difficult to beat for value anywhere else, even with the increased costs of doing business,” Jez Averty, Senior Vice President of North American Exploration at Statoil commented last year.1

In contrast, the challenging environment can only be blamed for some of Kashagan’s troubles. True, the shallow waters freeze all the way to the sea floor in winter, making drilling with conventional rigs impossible. The high sulphur content means another set of infrastructural challenges, but reported management disputes between the partner companies, punishing requirements for local workers and financial penalties levied by the Kazakh government for delays have arguably affected the project more severely. One cannot help but ask whether there are simply too many cooks in the kitchen?

The US oil and gas industry sees over US$ 200 billion in investments each year, and its skilled workforce, solid property rights and stable political landscape ensure a strong platform for this industry.

The Gulf of Mexico continues to demonstrate the tenacity and talent of engineers, executives and operators. It is the host of many exciting new projects such as Chevron’s Jack/St. Malo development. Delivered earlier this year, the floating production platform could eventually double its initial 170 000 bpd capacity, making it one of the largest in the world. I expect many of those involved in the project have stories to tell and experiences to share.

Lauded as the world’s foremost event for the development of offshore resources in the fields of drilling, exploration, production, and environmental protection, the Offshore Technology Conference in Houston is an impressive exhibition of celebration, collaboration and friendly competition.

On that note, a senior official at KMG described the lack of co-operation and communication between Kashagan partner firms as “a marriage that is made in hell.”2 In contrast, the projects in the Gulf of Mexico are enjoying an extended honeymoon phase.

If you’ve got a success story to share, or are seeking a resource for monthly updates on the latest technologies and oilfield solutions, the Oilfield Technology team will be at OTC (booth 11101). See you there!