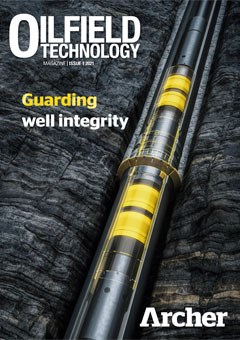 A recent episode of my go-to history podcast focused on the 1990s – an unlikely topic of historical enquiry perhaps, but 45 minutes’ of listening yielded a fresh appreciation for what has often been derided (at least in the West) as a shallow, celebrity culture-obsessed decade of hubris and stagnation.

Along with Britpop and bucket hats, hydrogen fuel had its spot in the limelight in the 90s; various carmakers invested in research and development before running up against a lack of consumer interest and the prohibitive costs of manufacturing fuels cells and installing refuelling infrastructure.

Hydrogen seems to be making a comeback however, with reams of column inches dedicated to its green credentials in a manner that’s not far off the media hysteria surrounding ‘The Battle of Britpop’ back in the 90s (Oasis for me, in case you’re wondering). Low-carbon hydrogen growth is Point 2 of the UK government’s ‘Ten Point Plan for a Green Industrial Revolution’ – a key aim is 5 GW of production capacity by 2030.

In the oil and gas industry it is hydrogen’s use as a cleaner alternative to natural gas for fuelling power plants that makes it of interest. Half of respondents in Asia-Pacific, MENA and Europe to a DNV GL survey of 1000 senior oil and gas professionals in 2020 thought that hydrogen would be a significant part of the global energy mix by 2030.1 Almost a year on and across both sides of the Atlantic oil majors set on a lower-carbon business model have been ramping up their interest. BP wants a 10% market share in ‘blue hydrogen’ and ‘green hydrogen’ in its core markets by 2030, while ExxonMobil – perhaps taking heed of the Biden administration’s focus on accelerating the pace of the energy transition – has announced plans to invest US$3 billion on lower-emission technologies, including hydrogen, through to 2025.

With this matching of words and deeds, hydrogen seems well-placed to bypass the ‘trough of disillusionment’ stage of Gartner’s Hype Cycle that it experienced in the 1990s and play a substantial role in the energy transition. More than any recent technological breakthrough, it is the stark realities of the climate crisis, the effect of COVID-19 on oil demand and the turning of the regulatory framework against fossil fuel-based economies that bolster the case for research and investment.

Expectations still need to be tempered however; hydrogen is not a ‘moonshot’ technology that will restore the fortunes of the industry and resolve the climate crisis by itself. Questions persist about the economics of green hydrogen (the cleanest form) in the immediate future, as well as the environmental footprint of blue hydrogen production. Another market shock in the next few years that sees oil prices tumbling to below US$40/bbl and staying there could scuttle the plans of companies still recovering from last year’s downturn.

As such, it’s refreshing to see that companies in the oilfield services industry are focusing on providing less glamorous but essential tools for operators, such as supplier-to-supplier collaboration and good communication. I talked about this with Duncan McAllister, from Varel Energy Solutions, and Cody Baranowski, from D-Tech Rotary Steerable, in our inaugural Spotlight. If you haven’t seen our discussion already, then it’s free to view on our website: www.oilfieldtechnology.com/special-reports/23032021/oilfield-technology-spotlight-with-varel-energy-solutions-and-d-tech-rotary-steerable/