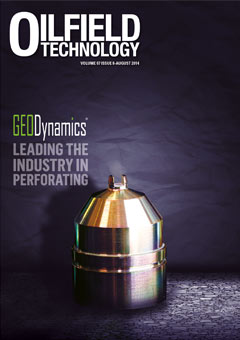 The Norwegian Continental Shelf never sleeps, and it has proven itself adaptable to activity fluctuation, taxation changes and redrawn borders. For Norway, Statoil and all others operating in/benefitting from or simply observing, 2014 could be the region’s most important year yet.

This year, ONS is centred on the theme Changes. And the organisers are celebrating the exhibition and conference’s 40th birthday by looking at how the industry, and the world, has changed since 7000 attendees convened for the first event in 1974 (over 60 000 are expected this year).

One of these changes is the transition from decades of abundant supply to facing a future of declining production and higher spending on riskier projects. Following a tax increase last year – the first in 20 years – investment in the Norwegian oil and gas industry has been accused of slowing down. With news that Shell has indefinitely postponed the Ormen Lange subsea compression project, and Statoil’s cost-cutting measures and delay in finalising the Johan Castberg concept decision, it appears the sector is taking a break to reassess the future.

Changes like these cannot be ignored. “The boom is probably over. But we’re not looking at a steep decline in investment or production,” Oil Minister Tord Lien commented recently. “The costs are rising too high and too fast. The Norwegian costs have risen a little bit more than elsewhere.”

Accounting for a fifth of Norway’s economy, supporting the sector ought to be of prime concern for the government. Indeed, others have underlined how the tax rebate system for exploration activity introduced a decade ago, at a time of exploration slowdown, led to a substantial increase in activity.

“A country that was suffering from a terminal decline in exploration, and therefore production, and therefore tax revenue, has turned it around, all thanks to the government’s innovation and creativity,” says Graham Stewart, Chief Executive of Faroe Petroleum.

Back in January, Wood Mackenzie predicted that 2014 would be ‘a key year for the Norwegian upstream sector’ with capital investments up to US$ 30 billion.1 Although we’ve had a few conservative headlines in recent months, that is not to say ongoing activity is tailing off. Latest figures from the Norwegian Petroleum Directorate show that preliminary production figures from June 2014, 1 744 000 bpd of oil, NGL and condensate on average, is 100 000 bpd, or 6%, higher than in May 2014. Similarly, exploration figures are on the rise as well. So far in 2014, 13 new discoveries have been made; 33 exploration wells have been spudded and 33 terminated. In contrast, 28 exploration wells were spudded in the first six months of 2013.

As I have mentioned in this column before, Norway’s latest challenge and great opportunity lies in the newly opened up areas in the east of the Barents Sea. Reportedly over 30 companies, including all the majors, applied to take part in initial seismic tests.

The Barents Sea, situated entirely within the Arctic Circle, has been subject to border clashes for decades. Only in July 2011 did Russia and Norway manage to solve the dispute and define the maritime boundaries, resulting in more acreage awarded to Norway.

For the upcoming 23rd Licencing Round, the Ministry of Petroleum and Energy received block nominations for 160 blocks in the Norwegian Continental Shelf, with an emphasis on the Barents Sea. At time of press, the Ministry has begun a public consultation process on its proposed blocks for announcement, which comprises 61 blocks: 34 in the southeast of the Barents Sea, 20 in the rest of the Barents Sea and seven blocks in the Norwegian Sea. The final line-up remains to be seen, but it is clear the Norwegian Continental Shelf’s latest maritime addition will help to push the country’s oil and gas industry forward into the future.