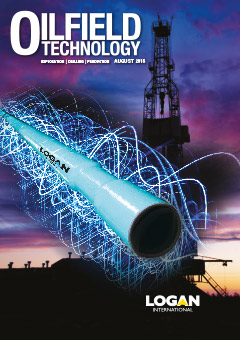 Back in May of this year I pointed out that, despite the pain being felt on quarterly statements, there was some room for cautious optimism in the global oil and gas industry – global demand continued to show an upward trajectory and new projects were still going ahead around the world. A few months on and we appear to be in much the same situation: development continues, but the low oil price (Brent is hovering around US$50/bbl as I write this) continues to cause concerns.

The North Sea is a prime example of these mixed fortunes. Breakeven prices for some older fields in the UK North Sea still lie at around US$80/bbl and cutting costs has become a priority for many companies, which has inevitably led to job losses and redundancies. Whilst this has been happening, however, industry watchdog Oil & Gas UK has announced that oil and gas production from the UK North Sea is on course to post an increase for the first time in 15 years. The 2.5% increase has been driven - according to Oil & Gas UK CEO, Diedre Michie – by industry investment “into improving the integrity and performance of UKCS assets.”1 The UK government has also gone some way to helping the situation by making large cuts to production taxes on both new and existing fields – in fact, UK treasury figures suggest that the reduced taxes along with other incentives could fuel £4 billion worth of investment in the region.

It is certainly positive to see both government and industry working towards ensuring that the UK North Sea continues to remain profitable. It is a pattern worth replicating; governments can make the operating conditions easier for the industry, allowing the industry to continue to invest in getting oil and gas out of the ground more efficiently. Developing and integrating technologies that allow for reduced operating costs will help the industry endure periods of low oil prices and allow for even greater profits when they rise again.

As for exactly when prices might rise again, I think it’s pretty safe to say that we’re not out of the woods yet. One hurdle, the possible exit of Greece from the EU (or Grexit) appears to have been avoided, but the recent agreement between Western powers and Iran over its nascent nuclear programme has left another just on the horizon; the deal looks set to bring yet more oil onto a saturated market. However, the silver lining of this particular cloud is that it seems unlikely that sanctions on Iranian exports will be lifted until next year at the earliest, and foreign investment into Iranian production will take several years before impacting global supply – a bit of a storm may indeed be coming, but it should at least be visible from a distance.

In the meantime, three separate US Energy Information Administration reports appear to show US production as having peaked in recent months.2 The US shale boom has been one of the key production-side drivers behind the declining oil price (the other being Saudi Arabia’s decision to give up its role as swing producer); to see data showing that shale production might have reached a peak offers some hope that at least this one downward driver might have a declining influence in the coming months. Still, I wouldn’t want to bet against the US shale companies just yet – their ingenuity is what has them operating in fields that were once, not too long ago, considered inaccessible.

This is a rough patch for the industry, no doubt, but it’s not the first period of adversity that oil and gas has been through – many industry veterans have lived through several downturns like this – the industry always bounces back in time. Indeed, global oil demand continues to rise and companies across the world are constantly looking at novel engineering solutions to cut production costs.

Speaking of which: the Oilfield Technology team will be doing the rounds at Offshore Europe (8 - 11 September) and we’d be happy to hear how your company is pushing the industry forward. See you there!