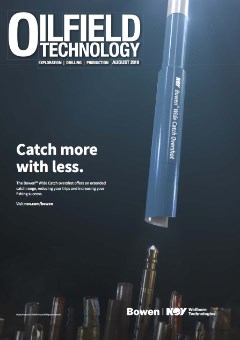 As some of our readers may remember from my June comment, exploration is a personal passion of mine. For the final weekend of July, I packed up my suitcase once again and went for a short break to the city of Saint Petersburg in Russia.

Similar to the constantly fluctuating oil prices we have been experiencing over the last few years, the weather of the weekend was unstable at best, oscillating between warm and sunny, to cold and overcast every half an hour or so. Light layers and a thin raincoat that could be easily stored were essential. Nevertheless, the country’s rich culture and excellent dining experience were more than enough to make up for the indecisive climate.

Food, vodka, and history are not the only things which Russia has in abundance, however. According to the data and analytics company, GlobalData, Russia is expected to account for 92% of the Former Soviet Union’s (FSU’s) total crude and condensate (liquids) production in 2025 from planned and announced (new-build) projects. Overall the FSU is predicted to produce 1.1 million bpd in 2025, of which Russia alone may produce around 993 000 bpd.

New projects in the region include KCA Deutag who announced in July that its land drilling operation won three new contracts worth approximately US$168 million. In addition to this, the company has won a new contract for one of its 2000 HP land rigs to drill four wells in Southern Russia. This has an estimated duration of five months per well.

However, it is not all good news for the country. While the changeable weather that I experienced there recently may have caused some mild discomfort, Russia has been experiencing more extreme weather conditions, which have been attributed to climate change. At the time of writing, Russian emergency services have moved to control a wave of wildfires rampaging across Siberia, but environmentalists said it was too late to prevent an environmental disaster. These fires were just weeks after devastating floods in the same region.1

Industry sectors around the world are recognising the effects of climate change and the upstream oil and gas industry has been making major steps to reduce its own environmental footprint. For example, the Environmental Partnership, an initiative of the US’s natural gas and oil producers, released its first annual report on 30 July 2019, which highlights the industry’s progress in reducing emissions of methane and volatile organic compounds (VOCs).2