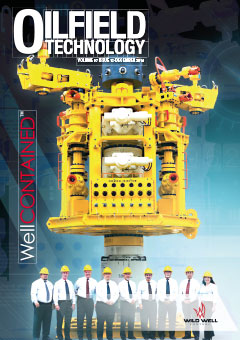 Last month, the European Space Agency (ESA) concluded its 10-year ‘Rosetta’ mission when it landed an unmanned spacecraft, Philae, on the surface of a comet with the rather clunky name of 67P/Churyumov-Gerasimenko situated some 28 light minutes away from Earth. To stretch an analogy to breaking point, making this landing wasn’t simply a case of finding a needle in a haystack; it was more akin to using a pair of binoculars to find a needle in an entire hayfield situated a few miles away.

What might this have to do with oil and gas? Well, there are more similarities than you might think. The most obvious parallel is that, like ESA, the oil and gas industry uses advanced technology to work in incredibly harsh and unforgiving environments, often far removed from the comforts and conveniences of modern civilisation. In order to feed the world’s insatiable appetite for hydrocarbons as the ‘easy oil’ runs out and established, mature basins decline in productivity, operators are forging new frontiers in ever deeper waters and ever more hostile locales.

It is the Arctic that has arguably the greatest potential of these new frontiers. With an estimated 90 billion bbls of oil, 1670 trillion ft3 of natural gas and 44 billion bbls of natural gas liquids believed to be technically recoverable1 the potential rewards are huge. However, as with space exploration, there are also significant challenges. The Arctic is almost the epitome of a hostile environment (space only just wins this prize by being devoid of an atmosphere), with temperatures being recorded as low as -70°C, extensive areas of sea ice, unpredictable weather, and perpetual night for six months of the year in latitudes above 66°30’ N.

Despite the daunting nature of these harsh environments, developments in subsea processing technologies, ultra-deepwater drilling, exploration technologies, EOR and many other areas will see them gradually overcome.

Another parallel can be seen in the launch date of the Rosetta mission: 2 March 2004. As the ESA spacecraft soared upwards, so too did the oil price; around this time, a complicated series of geopolitical events drove global oil prices to rise from their earlier average of under US$25/bbl and eventually reach (and subsequently break) the US$100/bbl level that the industry has since become comfortable with.

In recent months though, the price has declined, with Brent Crude under US$70/bbl at the time of writing. Understandably, this has worried both operators and countries whose long-term plans were based on an oil price of around US$100/bbl. However, like the operational lifespan of the Philae lander, which was sadly cut short by levels of sunlight insufficient to charge its batteries, all the signs point to this current dip in oil prices being a short-term phenomenon.2 The world continues to need oil and gas (in massive quantities) and will do so for the foreseeable future, despite economic slowdowns in Europe and China. Indeed, China (as noted in this month’s Regional Report on p. 12) is still investing heavily in boosting its oil and gas production.

There is also the fact to consider that a period of lower oil prices can actually contribute to a subsequent, hefty upswing, as resurgent industrial demand (driven by said lower prices) starts cutting heavily into supply. Panicking unnecessarily about a short-term trend helps nobody – so, as the British wartime saying goes: ‘Keep calm and carry on.’

The Oilfield Technology team would like to thank all our readers, authors and advertisers throughout the industry for their ongoing support. We hope you have all had an excellent year, and we look forward to seeing you in 2015 in print and on our new website: www.oilfieldtechnology.com