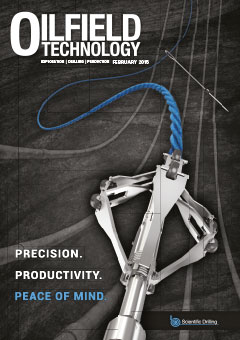 The accounts for 2014 have been settled and now it feels as though we’re finally ready to begin 2015 in earnest. Along with the other oil and gas giants, Shell has announced spending cuts as it reassessed fourth quarter earnings and market outlook. “We are taking a prudent approach here and we must be careful not to over-react to the recent fall in oil prices,” Chief Executive Ben van Beurden said, as the Dutch company announced a three-year, US$15 billion cut in spending. Although substantial, Shell’s downsizing is moderate compared to some of its competitors, and the company has renewed its involvement in arctic exploration for oil and gas resources. Analysts at Morgan Stanley took particular note of Shell’s Q4, 2014 upstream earnings of US$1.7 billion, which “were well below [their] and consensus expectations of US$2.8 billion.”1 Chief Financial Officer Simon Henry explained the earnings miss as being caused by a number of unavoidable one-off costs, such as forex losses and decommissioning responsibilities. Decommissioning liabilities for ageing assets has been a focal point in the North Sea for decades, and has again made national headlines this February as Shell set out its plans for the decommissioning of the Brent Delta platform, one of the largest in the UK. The Brent Delta platform is the first of four platforms to be decommissioned in the Brent oilfield. Discovered in 1971, the field has produced around 4 billion barrels of oil, but is now close to the end of its life. The platform is over 300 m tall and the topside rests on three colossal concrete legs. The multi-billion project will take years to complete and will involve the biggest offshore lift ever attempted, as the 23 500 t topside is cut from the legs and lifted onto Allseas’ record-breaking ship the Pieter Schelte. The vessel will then carry the topside to shore, a 380 mile journey, where the platform will be dismantled and recycled. Pieter Schelte arrived in Rotterdam from South Korea at the beginning of the year, where it will undergo final construction. It is billed as the largest vessel ever built with a 48 000 t topside capacity, a 25 000 t jacket lift capacity, and a 2000 t pipelay tension capacity. The ship is 124 m wide and 382 m long (as long as the Empire State Building is high), and has reportedly cost Allseas around US$2.97 billion dollars.Shell has announced that the lifting phase of the decommissioning project is likely to take place next year, and the company is preparing to begin careful 30-day public consultations about the entire process this month. An area up for debate is what to do with the concrete legs and storage tanks; under the OSPAR convention governing the North Sea, Shell is obliged to remove the entirety of the platform including the legs, but could request an exemption. The public hearings will be crucial in gauging public opinion and winning favours. Shell suffered a public setback in 1995 when it tried to bury a Brent Spar oil storage module in the Atlantic, and following active campaigning from environmentalist groups had to reverse its decision. With the lessons from Spar committed to memory, Shell is confident transparency, communication and the use of innovative technology will solve the complex problem of removing infrastructure designed to be left in place. The Pieter Schelte will be a first, in many different ways.‘Shell falls short after oil production income collapses’, Reuters, http://www.reuters.com/article/2015/01/29/shell-results-idUSL6N0V814J20150129