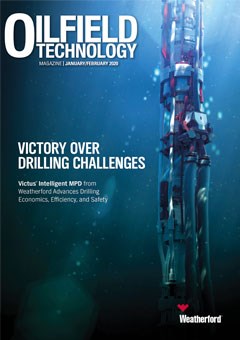 It is fair to say 2020 is not off to the greatest start. Every time we turn on the news or read the headlines it feels like we are inundated with tragedy and disaster. Kobe Bryant’s death, Storm Ciara in the UK and the Australian wildfires and flashfloods are just a few stories that have sparked major headlines in the last 6 weeks.

An event that shocked the business world was the assassination of Iranian Major General Qasem Soleimani on 3 January 2020. However, the chaos and war that was expected as a result of the attack has yet to ensue. While Brent crude oil immediately rocketed over US$70/bbl in response to the Major General’s death, it quickly retreated back down again. Prices spiked a week later when reports of an Iranian missile strike in Iraq surfaced, but this rally was, in the end, short-lived and prices have once again fallen. At the time of writing, Brent is currently trading at US$55/bbl, which is much lower than just before the Soleimani incident.

The trends following the death of the Major General are not dissimilar from the events of September 2019, when the Saudi Aramco oil facilities were attacked. Oil prices immediately reacted by jumping up before shrinking back almost as quickly.

However, the nature of this event was different to the January 2020 military action. The 2019 attacks on Saudi Aramco resulted in barrels of oil being physically taken off the market and prices reduced when production was reinstated. Meanwhile, the Soleimani incident did not directly affect production, storage, or transit of oil, but rather threatened future operations.

As if the news of 2020 was not dire enough, the outbreak of coronavirus has incited fear globally. At the time of writing, 28 countries have confirmed cases of the virus, and over 1000 people in China have died as a result. Additionally, the outbreak is posing a major economic risk for China, the country from which coronavirus originated. In regards to the impact on the oil industry, Wood Mackenzie has lowered its oil demand forecast for 1Q20 by nearly 900 000 bpd to 98.8 million bpd. This drop is primarily being attributed to efforts to contain the outbreak, including flight cancellations.1

Ann-Louise Hittle, Vice President, Macro Oils, has stated that “the 1Q20 fall in Chinese demand – a 200 000 bpd drop to 13 million bpd – is the first year-on-year decline in the country’s demand since 2009. OPEC is holding emergency talks to consider an additional 500 000 bpd cut, on top of its already agreed steep output quotas in a bid to balance the market and shore up crude prices.”1 Hittle added that “without a further production cut, crude oil prices will remain under pressure and struggle to hold the mid-US$50/bbl price for Brent, let alone recover to above US$60/bbl before 2Q20.”1

It remains unclear for how current proceedings will play out or how future events will impact the price of oil. In the meantime, however, I think we are all in need of some uplifting news to focus on: Europe’s Solar Orbiter probe has lifted off on its quest to study the Sun from close quarters, South Korean film Parasite made history at the Oscars as the first non-English language film to win best picture, and a German sloth by the name of Paula has been declared as the world’s oldest two-toed sloth at 50 years old.