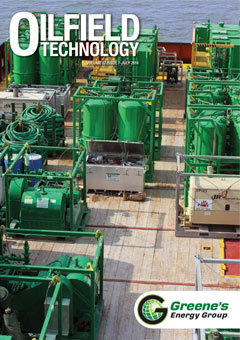 As the summer heats up and vacationers leave their offices, oil and gas activity in the Arctic begins stirring. During the perpetually dark winter months, ice can reach over 2 m thickness and temperatures drop to between -40°C and -50°C, ruling out industrial activity. Even in summertime, the lack of coastal infrastructure and distances from bases or ports mean offshore operations are a difficult, risky business.

Despite all this, the oil and gas industry has set its sight on the Arctic frontier. And why wouldn’t it? Estimates place 22% of the world’s undiscovered hydrocarbon reserves in the Arctic.1 When Newfoundland and Labrador Premier Tom Marshall recently addressed Canadian oil and gas professionals, he lobbied for an increase in North American-led Arctic oil exploration given the province’s proven track record in safe offshore production.

“The land of frigid Junes and the land of Iceberg Alley is well prepared to take on the challenges of development in the Arctic. Having cut our teeth here, we are prepared to lead there,” Marshall said in a speech to the Newfoundland and Labrador Oil and Gas Industries Association conference. The province has been called an ‘incubator’ of intelligent and safe technology for harsh environments. Timing is everything here, as the race to explore, claim and ultimately exploit the Arctic is speeding up between countries such as the US, Canada, Russia and the Scandinavian nations. With Rosneft last month disclosing plans to invest US$ 400 billion over the next 20 years in the Arctic, as well as announcing drilling due to start this August at its first exploration prospect, Universitetskaya, in the Kara Sea, there is a growing consensus amongst some that the US and Canada are lagging behind.

In its May 2014 policy brief, Canada’s Centre for International Governance Innovation wrote that both the US and Canada would benefit from co-operation in order to catch up to other Arctic powers. Despite ongoing sanctions over Ukraine, Rosneft’s partnership with ExxonMobil remains strong and the three Arctic fields the two companies plan to develop together contain an estimated 85 billion boe. In a speech at the 21st World Petroleum Congress, Rex Tillerson, Chairman and CEO of ExxonMobil discussed pursuing strategies that ‘reflect wise environmental stewardship’. This theme is an important one in Arctic oil and gas exploration, and organisations such as the Arctic Council, seek to bridge the gap between industry and regulation. The US is due to take over presidency of the Council next year, and this could be the perfect time to help ramp up Arctic activity.

Meanwhile, Statoil has had to delay its ambitious Johan Castberg Arctic field development project in the Norwegian Barents Sea until 2015. However, the company remains optimistic as the Norwegian government has announced it is opening up for bids in the southeastern Barents Sea, an arctic region that was long subject to a border dispute between Norway and Russia. More than 30 companies have shown an interest so far.

Arctic petroleum is not yet price competitive with more conventional resources (average breakeven price of US$ 75-80/boe according to consultancy firm Rystad Energy), but, looking ahead, as the trend of Arctic ice melting more rapidly and retreating further in the summer to sluggardly return in the winter continues, more routes will open up and keep areas exposed for longer. Soon, the frontier will no longer seem so final.

The Oilfield Technology team is growing here in the office, and our family of readers continues to expand. More and more of you are downloading our new app and reading issues on the go; and engaging with us on social media. We always want to know your thoughts on the magazine, upcoming events and the industry as a whole. Keep in touch!