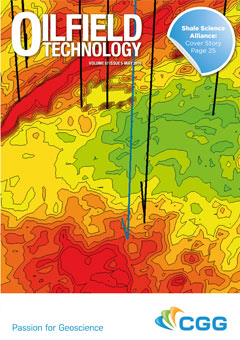 There is an old curse, often (apocryphally) attributed to the Chinese, which runs along the lines of “May you live in interesting times.” Times are certainly now ‘interesting’ for China as it begins to use its burgeoning power to work towards ensuring its energy security for the next century.

The nation’s efforts in this regard have seen it clash with neighbours over competing territorial claims in the South China Sea and, perhaps most notably, with Japan over the Senkaku (or Daioyu) islands. This increasing regional tension has drawn the attention of the United States and has been a not-insignificant factor behind America’s ‘strategic pivot’ towards Asia. In the meantime, China’s continued reliance on coal has been severely detrimental to the environment, with one Chinese scientist claiming that continued smog will have impacts similar to what would be experienced during a ‘nuclear winter’.1 In short: China needs cleaner energy, quickly.

On the other side of the planet in Europe, home to the world’s largest economy (the European Union), the continent finds itself burdened by a politically inconvenient dependency on Russian gas. Being so dependent on a resurgent and (like China) increasingly assertive Russia has left the EU with few bargaining chips when it comes to negotiations with the Kremlin over issues such as Ukraine. With its economy now recovering, the EU’s demand for fuel is only going to rise and coal is, at present, the cheapest source available. Even Germany, figurative and literal ‘leader’ of the clean energy movement in Europe is beginning to turn down this route.2 For a continental power that prides itself on cutting emissions, this is far from an ideal situation. In short: Europe needs cleaner energy, quickly.

So, what can be done to help solve the energy problems faced by both China and Europe? Thankfully the solution doesn’t lie in some as-yet-undiscovered future technology and the resources required are beneath our feet. If you’re a regular reader of Oilfield Technology then you’ll probably have already guessed what I’m talking about: shale gas.

Europe and China both sit on top of vast shale gas supplies, coming respectively to 470 and 1115 trillion ft3 of technically recoverable reserves, and the US boom could be (at least partially) replicated in these regions too, if the right conditions are allowed to flourish.

Not only would tapping this source of energy help reduce both regions’ dependence on imports and potentially reduce political tensions, but the increased use of natural gas (the cleanest fossil fuel) would go a long way towards meeting the environmental goals that both China and Europe have put in place.

China, seeing the necessity, has already begun the process of bringing its vast reserves online. Few expect the American success story to be emulated fully, but the Chinese government has set typically lofty targets of 6.5 billion m3/yr by 2015 and 100 billion m3/yr by 2020. Already two Chinese NOCs, Sinopec and its rival, PetroChina have announced a combined predicted output of7.6 billion m3/yr by the end of 2015, putting the country well on track.

Europe, on the other hand, is lagging behind. Despite optimism from the industry and support from various governments, widespread (or at least well publicised) public opposition to hydraulic fracturing and outright bans on the process (as in France) coupled with hesitation over the initial costs of setting up operations in Europe has lead to delays and concerns for potential investors.

Despite these concerns, shale gas will ultimately have an important role to play in Europe’s (and eventually the wider world’s) energy mix – economic necessity will see to it. Perhaps the best step forward for the oil and gas industry in the meantime is to continue educating and interacting with the public, debunking scare-stories and making it clear that responsible shale gas production can lead to a better, cleaner future.