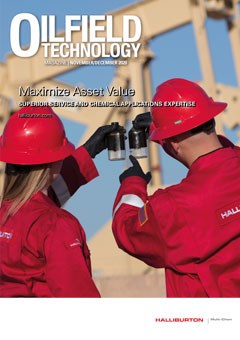 At the time of writing, at least 59 million Americans were believed to have already voted in the country’s presidential election – a remarkable figure that offers some hope in these uncertain times for democracy. Although COVID-19 has understandably dominated this year’s election cycle, energy policy has also been an important theme in proceedings. On the face of things, continuity, rather than a change in administration, would appear to be of greater benefit to a US upstream industry beleaguered by erratic oil prices, depressed demand, and job losses. Donald Trump’s time in office has seen the rubberstamping of the Keystone XL and Dakota Access pipelines and America superseding Saudi Arabia and Russia to become the largest crude oil producer globally. A key element of his energy platform in the current campaign consists of progressing with plans to sell leases for drilling in sections of Alaska’s Arctic National Wildlife Refuge.

Joe Biden, the Democratic candidate, has committed to a US$2 trillion climate plan that would aim to see the US become a net-zero carbon emitter by the middle of the century and have a carbon pollution-free power sector by 2035. A ban on the issuing of new licences on federal land has also been outlined. The corollary of all this, as Biden stated in the final presidential debate, would be an acceleration in the energy transition and a gradual shift away from oil and gas.

Biden has, however, ruled out a prohibition on hydraulic fracturing, except on federal land; while this has been a source of friction within his party, it’s a pragmatic move that clearly comes with an eye on winning Pennsylvania, a shale hub that’s also a key swing state. Should Biden fail to secure the 20 Electoral College votes on offer in his home state, the chances of him becoming the 46th president slim significantly.

Biden’s proposals have not entirely alienated the upstream industry however. According to the Center for Responsive Politics, as of 16 October he had accepted US$780 000 in donations from oil and gas companies, albeit much less than the US$1.9 million endorsement Trump has received.1 Interestingly, Rystad Energy has posited that a Biden presidency could in fact be of benefit to the industry, at least in the short-term, on the grounds that it raises the likelihood of a price-boosting cessation of the trade war with China. Furthermore, the consultancy’s analysis concludes that a fraccing ban on federal land “would also most likely have a positive impact on oil prices in the short term.”2

It would not be entirely accurate to say that Trump – mercurial at the best of times – has consistently enacted pro-oil measures either. Last month, the president expanded a moratorium on drilling in the Eastern Gulf of Mexico to offshore Florida and North Carolina. In response, the API issued a statement calling the decision “another move in the wrong direction for American energy security.”

Regardless of the outcome of the election, the decades spent by both Democratic and Republican administrations in pursuit of hydrocarbon-based energy independence since the 1970s means oil and gas will remain a pivotal element of the country’s energy portfolio for some time to come.