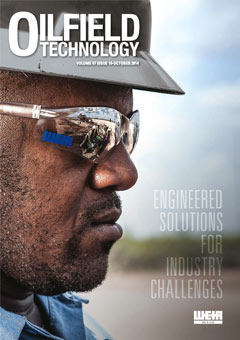 Last month, Scotland narrowly voted in favour of retaining its 307-year union with the rest of the United Kingdom. The 55% ‘no to independence’ vote came out on top, despite many polls in the days leading up the historic referendum suggesting the opposite. The world watched as debates about oil and gas reserves, currency options, and apportioning national debt took over in Westminster and Holyrood. The dust has now settled in the polling stations, however, political uncertainties remain, and the oil and gas industry continues to be a focal point.

Oil and gas reserves were a hot button topic during the debate, with the ‘yes’ side impressing on the public a rich future of up to 24 billion barrels left to be exploited, and the other emphasising long-term decline and lower reserves. Former Wood Group CEO and author of the Wood Report (DECC-sanctioned review on maximising recovery from the UKCS) published earlier this year, Sir Ian Wood himself favours a more modest estimate of 15 - 16.5 billion barrels. We still don’t have conclusive evidence of proven reserves, and the estimates are wide ranging with the cautious DECC covering all bases, estimating reserves from 4 billion up to 34 billion barrels.

In the weeks leading up the referendum, the three main Westminster parties offered ambiguous assurances of further devolution of powers to a Scottish government, providing it stayed in the Union. Prime Minister David Cameron has since reiterated this, promising a draft Scotland Bill by January 2015. This essentially means that until then Scotland’s status in the Union remains unclear. Considering that the oil and gas industry makes up the country’s largest industrial sector, industry body Oil & Gas UK is pushing for issues such as taxation to be at to the forefront of negotiations. This ‘no’ result is not a vote for the status quo.

In its recently published annual economic report, Oil & Gas UK has highlighted the need for fiscal reform, immediate and full implementation of the Wood Review recommendations, and a call for action to tackle costs, efficiency and productivity challenges.

Key analysis in the report paints a grim picture. Exploration activity has dropped with only 15 wells drilled last year; production is in steady decline from the 1999 peak and reserves are more difficult and expensive to find and produce. Despite an 8% fall in production in 2013, operating expenditure rose by 15.5%.

Some 43 billion barrels have been extracted from the North Sea so far, at a total cost of £525 billion. UK Oil & Gas states that £1 trillion is needed to recover an estimated remaining 20 billion barrels, a reflection on how high these production costs have become.

Service providers and operators alike have been forced to trim expenses where they can. Aberdeen has suffered from these cost cutting measures, with Shell UK and Chevron both announcing job losses over the summer.

Decommissioning challenges have remained in the shadows, but with ageing assets running beyond their intended lifecycles, it is an issue that will only grow in importance. It is predicted that decommissioning costs could reach £40.6 million by 2040, a significant burden when facing lower revenues.

However, there are reasons to be optimistic. Production figures for 2014 indicate a 1% increase, the first annual rise since 1999. This is a direct result of a record £14.4 billion investment in the UKCS in 2013. Tax incentives, Oil & Gas UK argues, will ensure that exploration activity doesn’t fizzle out, keep oil and gas workers employed, and enable the region to compete with other, perhaps more economically desirable fields.

Without assuming how Scotland would have fared on its own, it seems likely that the referendum and doubt over the country’s future have delayed investment decisions this year. If the Wood Review recommendations can be agreed upon, the right economic stimulus injected, and operations made more efficient, then the North Sea could continue to serve the UK’s energy needs for many years to come.

I’m looking forward to seeing how the industry and government collaborates and makes better. The North Sea is an impressive hub of technological innovation that has global application; but it would be nice to see local support and growth as well. With the looming January 2015 deadline, the status quo will remain no more.