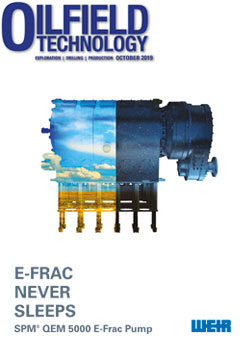 On Saturday 21 September, I checked the post to find a letter from my estate agents which read “We have been informed that there has been a bomb located in [your] area...The authorities have put a 250 m exclusive zone around this to carry out the controlled detonation...If you do hear a loud explosion, do not be alarmed.”

It is fair to say that despite the letter’s nonchalant tone, the message sparked a minor internal panic. Fast forward five minutes, and a quick Google revealed that the bomb was a suspected World War Two device (a fact which was somehow left out of the letter I had received). The device’s deadliness was by no means reduced by the fact it was over 70 years old, but the knowledge that the bomb did not signal a recent attack was calming somehow. With the threat of attack lifted and the bomb itself safely detonated, the event became nothing more than an interesting story to tell my coworkers on Monday morning.

However, unfortunately the same cannot be said for the recent drone attacks in Saudi Arabia.

On 14 September, the Houthi rebels targeted their airborne attacks primarily on the Abqaiq processing facility – the world’s largest crude oil and natural gas processing site – knocking out more than half of the country’s production capacity (approximately 5.7 million bpd). One of the world’s largest oilfields, Khurais, was also hit in the attack.

The events that happened on 14 September saw an immediate impact on the global economy as crude oil prices experienced the largest single-day price increase in the past decade on 16 September (the first day of trading after the attack). Initially, both Brent crude and US West Texas Intermediate (WTI) rose 15% to prices of US$69.02 and US$62.90, respectively.

However, both prices retreated after Saudi Aramco President and CEO, Amin Nasser, announced on Tuesday 17 September that Abqaiq was already producing 2 million bpd and the company’s production capacity would be fully restored by the end of September.

Despite the attack’s initial effect on the oil market, Bloomberg have reported that “with a faltering global economy and fears of recession eroding oil demand, combined with a relentless tide of American shale-oil offering alternative supply, the kind of shock that would once have sent prices rocketing has barely left a ripple.”1 In fact, Brent oil prices are currently 4% lower than before the strike on Abqaiq.

Nevertheless, it is important that Saudi Arabia does not become complacent, and let the attacks be relegated to a historical event. In order to retain its position in the oil market, the country will have to take drastic measures to reassure buyers through a demonstrable increase in its defence of its oil infrastructure, in order to prove it can stave off a potential future attack.

If you turn to p. 10 you can read this month’s regional report, which coincidentally focuses on the Middle East’s position in the global oil market. While the piece was written prior to the recent attacks in Saudi Arabia, it makes for particularly interesting reading, with our Oilfield Technology Correspondent, Gordon Cope, deeming the region “a powder keg, complicating the fortunes of both regional states and the global oil and gas sector for the foreseeable future.” It appears the recent events luckily did not quite cause the barrel to explode, but the long-term ramifications on the global economy and political tensions are still to be seen.