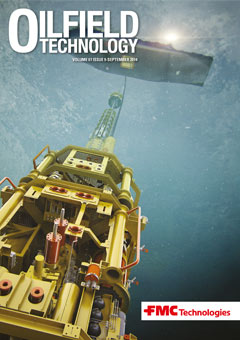 Many sat up and took notice as the World Resources Institute (WRI) released a report this month arguing that global hydraulic fracturing operations will be impacted by increased water competition. The organisation analysed 11 countries with realistic commercial shale extraction opportunities, and found varied results.

China, Mexico and South Africa, which have some of the largest technically recoverable shale gas resources, were described as facing high to extremely high water stress where reserves are located. The US was found to be facing medium to high water stress, and the majority of Europe fell into the low to medium category. And a significant 38% of the world’s shale resources are in areas that are ‘either arid or under high to extremely high levels of water stress.’1 Water stress is determined by risk factors such as the ratio of water withdrawals by multiple users versus renewable sources (ground water and surface water), drought severity, seasonal variability, etc.

A similar study published earlier this year by non-profit sustainability advocacy group firm Ceres found that a single gas fracking site consumed 1.9 million gal./yr of water,2 which according to EPA estimates is as much water as used by 13 four-member families in one year.

It’s not only the non-profits discussing water shortages; in Argentina, there have been talks of building a water pipeline to support the Vaca Muerta, but the proposal is stuck in a catch-22, as large-scale production from the shale play is desired to justify laying the pipe, which is arguable necessary to ensure the former.

Hydraulic fracturing operations are synonymous with large quantities of freshwater usage in most people’s minds. Water competition comes from a number of sources: municipal, private households, and other industries. Agriculture is one of the largest consumers (accounting for more than a third of water usage in the US, whereas shale drilling uses up a percentage or two).

For the oil and gas operators, closing down shop is not an option. WRI pointed out that known shale gas deposits worldwide add 47% to the global technically recoverable natural gas resources, and underground stores of tight oil add 11% to the world’s technically recoverable oil. There are also predictions that offshore fracking operations will grow as advances in technology and vast offshore discoveries have made large-scale fracking feasible in deepwater.

Instead, the report calls for a larger discussion to be held amongst all stakeholders, to work alongside each other to dispense precious supplies and push for recycling and less water-intensive fracturing solutions for the future. I agree with this sentiment. It is better to pre-empt significant shortages that could shut down operations, shake investors’ confidences and ultimately destroy ecosystems.

It’s important to note that much is already changing and improving, especially across the US, where shale gas operators like Apache and Chesapeake have been lauded for recycling nearly all of their frac flowback water. New technologies are emerging on the scene; Oasys Water Inc. has introduced a new water treatment solution using a forward-osmosis process, and is currently working with NOV in US shale plays. CEO Jim Matheson says the treated water is completely safe to drink.

OriginOil discusses this topic in an article set to be published in the October issue of Oilfield Technology, describing water management via electro water separation, which has recently seen positive results in third party testing laboratories. The oil and gas industry responds well to challenges, and as technological advances spring up in one area (enabling the shale boom in the first place), talented engineers will be ready to tackle new puzzles, and we should support their endeavours.

Finally, agriculture may be a bigger water bandit, but since farmers can, more often than not, demonstrate the water’s transformation into fresh and tasty foodstuffs, public opinion remains mostly positive. Since energy companies can’t show how water that humans could drink is turned into a similar nutritional substance, it is important to demonstrate recycling capability, corporate water stewardship and keep on focusing on the necessity of energy supply security – after all, cars do not run on water.