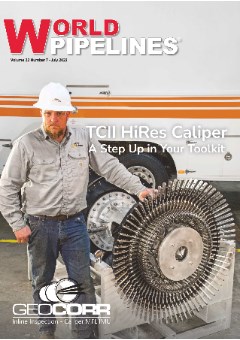 UK Prime Minister Boris Johnson is facing criticism for a willingness to break international law in a bid to protect the British steel industry. He has signalled that controls on steel imports that were due to expire in late June could be retained. Speaking at the G7 summit in Germany in late June, he said that keeping the import controls on foreign steel would protect British producers, who are already under pressure from rising energy prices. “We need British steel to be provided with much cheaper energy,” Johnson said. “But until we can fix that, I think it is reasonable for UK steel to have the same protections that absolutely every other European steel economy does.”1

The Prime Minister is expected to announce that existing tariffs on Chinese steel will be maintained, even if this breaches trade obligations.
Lord Geidt, Johnson’s ethics adviser, resigned in mid-June, allegedly in part over Johnson’s openness to breaking international law in this instance, which he viewed as a deliberate and purposeful breach of the ministerial code.
Following the resignation of Lord Geidt (formal title: Independent Advisor on Ministers’ Interests), David Gauke, the former Conservative justice secretary tweeted: “So much for Brexit being about ‘free trade’ as the PM loses his ethics adviser because of a desire to break WTO rules in order to put illegal tariffs on steel.”2 Let’s break that down a bit: the limits on steel imports being considered were first introduced by the European Union (EU) in 2018, in response to tariffs imposed by the Trump administration in the US. These controls were mirrored by the UK after it left the EU (Brexit). The restrictions add a tariff to steel imports once a certain quota has been reached, and are known as ‘steel safeguards’ because they protect the domestic market from an influx of cheap steel from overseas. The controls are currently in place for 15 categories of steel. Controls protecting 10 of those categories have already been extended to 2024, but import limits on five categories are set to expire on 30 June 2022.
In a letter responding to Lord Geidt’s resignation, the Prime Minister said he had sought advice on the use of tariffs for “protecting a crucial industry”, which “might be seen to conflict with our obligations under the WTO”.3 Johnson appeared to suggest in his letter that overruling the UK’s Trade Remedies Authority (TRA) could conflict with the UK’s WTO obligations – essentially a form of international law.
Set up under post-Brexit reforms to advise on trade policy, the TRA had told the government in June 2021 that nine out of 19 tariffs the government had imposed on steel imports could be removed because there was no evidence that British producers were being hurt by cheap foreign imports. It said tariffs on steel plates used by ship builders and tin used in cans, as well as barbed wire and steel rods for reinforcing concrete, could be scrapped. It said the taxes could be extended on other products, including metalliccoated sheets, railway material, and large welded tubes used for energy pipelines.
For more on pipeline steels, turn to p. 53, where Decom Engineering considers the status of the global steel sector and argues for repurposing, re-using and recycling of steel oil and gas infrastructure.