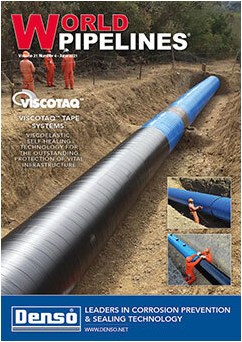 I have been reading about the democratisation and gamification of investing: it is now easier than ever to trade as an individual, due to the existence of robo-advisors, trading apps and digital wealth management programmes. Historically a person needed formal advice and a large capital sum to start investing, but the advent of ‘plug and play’ trading platforms and open banking practices has revolutionised the way individuals can interact with the stock market.

Just look at Gamestop Corp. for an example of how individuals can have a huge impact on the market. A group of activist investors, informed by threads on Reddit and other social media sites, used the Robinhood trading app to co-ordinate a buying frenzy of Gamestop stock early in 2021, in order to enact some sort of social justice on hedge funds. These so-called ‘retail investors’ succeeded in causing Gamestop’s (a US video game, consumer electronics and gaming merchandise retailer) share prices to soar, resulting in a short squeeze. If you have watched the 2015 film The Big Short, then you can skip to the next paragraph as you’ll be familiar with short stocks, but if not: the short squeeze puts stock traders in a very sticky situation. Investopedia puts it best: “Short-sellers borrow shares of an asset that they believe will drop in price in order to buy them after they fall. If they’re right, they return the shares and pocket the difference between the price when they initiated the short and the actual sale price. If they’re wrong, they’re forced to buy at a higher price and pay the difference between the price they set and its sale price. Because short sellers exit their positions with buy orders, the coincidental exit of these short sellers pushes prices higher.” A short squeeze therefore accelerates a stock’s price rise as short-sellers bail out to cut their losses.

Retail investors have tried to anticipate a short squeeze and buy stocks that demonstrate a strong short interest, hence the attention given to Gamestop (a bricks and mortar retailer) and others such as AMC Entertainment (an ailing US movie theatre chain).

As I write, shares for Gamestop and AMC Entertainment are soaring again. Retail investors buy shares and post about it online, using hashtags in the hope that the trades start to trend. #AMCSTRONG and #AMCSqueeze trended on Twitter at the end of May, which helped to attract US$209 million of new inflows into AMC shares in the last week of May.

The motivations behind this (totally legal) type of investing go beyond profit; to the investors it’s a game, a way of hitting the system where it hurts. Do you sometimes get the feeling that the world is increasingly run by people sitting in their homes on laptops? For good or for bad, we are interconnected in a million ways: we have access to all manner of services and applications online.

In the early hours of 7 May, a cyberattack was discovered on a pipeline owned by Colonial Pipeline in the US. Within an hour, Colonial had shut down the pipeline, which is the nation’s largest fuel pipeline, delivering about 45% of the gasoline consumed in the east coast. Colonial then paid a reported US$5 million ransom in consultation with experts who had previously dealt with DarkSide, the group that rents out ransomware to hackers. The ransom was paid in cryptocurrency, and exchanged for the software decryption key required to unscramble its own data network. The malware providers maintain that they act for financial gain, and not from a desire to disrupt the system. A statement from DarkSide said: “Our goal is to make money, and not creating problems for society. From today we introduce moderation and check each company that our partners want to encrypt to avoid social consequences in the future.”

A new bipartisan bill is expected to direct the US Cybersecurity and Infrastructure Security Agency (CISA) to create a special cyber programme to test the defence systems of critical infrastructure. The Cyber Exercise Act would also require CISA to assist state and local governments and private industry to assess the safety and security of critical infrastructure. Cybersecurity expert Trevor Morgan, Product Manager at comforte AG, data security services company, says: “As ongoing incidents and these responses demonstrate, the unthinkable is quickly becoming the highly likely for organisations at all levels.”