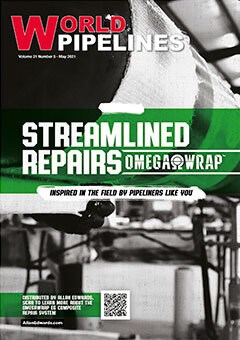 A steel saga
Steel firm Tata is suing its rival, Liberty Steel, over claims of missed payments. Tata has launched commercial court proceedings in the UK against Liberty Speciality Steels, Liberty House Group PTE and Speciality Steel UK, all parts of the GFG Alliance of companies.

Sanjeev Gupta, who owns GFG, was hailed as a saviour when he agreed to buy the specialty steels operation from Tata for £100 million in 2017. The deal folded Tata’s world-class specialty steel division into GFG’s Liberty Steel and secured the future of 1700 staff at key sites in Rotherham, Bolton and Stocksbridge, in the north of England. Liberty Steel also acquired Tata’s 42 in. and 84 in. SAW pipe mills in Hartlepool, UK, which manufacture line pipe for the international oil and gas industry.

But now Tata is suing over claims Gupta missed payments related to the deal. The litigation comes as Gupta fights to save his business from collapse following the failure in March of its financial partner, Greensill Capital. Greensill was the main lender for the 2017 deal and provided billions of pounds of support using controversial supply chain financing. Lawyers for Greensill – which counts former Prime Minister David Cameron among its advisers and is under scrutiny for its close ties with, and lobbying of, the government – appeared in court in early March to appoint administrators. The lender had “fallen into severe financial distress,” according to its lawyers and had no way of repaying a £101 million loan to Credit Suisse.

Calls for the UK government to intervene are getting louder: Liberty employs 3000 workers in the UK and about 35 000 across the world. Liberty’s assets include strategically important steel manufacturing: a Liberty collapse would impact UK businesses and could cost suppliers £350 million.

The British steel industry cannot be allowed to fail. It has long been under pressure from cheap overseas competition, and weakness in the UK aerospace market has recently cut demand for some specialty products by 60%.

When British Steel entered liquidation in 2019, an official receiver was appointed by the government to be a custodian of the business until a buyer (China’s Jingye) was found. But Business Secretary Kwasi Kwarteng has already turned down a request from GFG for a £170 million taxpayer-backed rescue of Liberty. In a bid for financial rescue, Gupta put in a request to ministers to fund the purchase of scrap metal with taxpayer money, so his company could recycle it. He urged the government to set up an investment structure using a ‘tolling’ arrangement, whereby it would purchase scrap that the company’s electric arc furnaces could convert into finished products. Gupta wrote an open letter on 24 March stating that he needed £170 million to balance operating losses and halt potential site closures.

Kwarteng told MPs at a committee hearing that he had rejected the request because he did not receive guarantees that the investment would be used exclusively to support UK assets.

Unite assistant general secretary Steve Turner said: “The loss of Liberty Steel and the specialist products it manufacturers for the aerospace, automotive and oil and gas sectors would have damaging consequences beyond the steel sector itself … deskilling whole communities, ripping hope of a secure, job from future generations and damaging regional economies.”

Speaking at the end of March, UK Prime Minister Boris Johnson hinted at his willingness to support the sector: “I think British steel is a great national asset and the fact that we still make steel in this country is of strategic long-term importance ... It would be crazy if we were not to use this post-Brexit moment to use the flexibility we have to buy British steel.”

The British steel industry will hope that Boris’s support for the industry extends to more than the promise of a few homegrown contracts.