Stuart Murphy, founder of TPGen24, explains the advantages of tidal energy, how it can benefit UK PLC and how the renewables sector will evolve.

2020 was a big year for sustainability and green infrastructure, with countries such as the UK, Canada, China and the EU reiterating their commitment to reaching net zero carbon by 2050. No doubt, with newly elected President Biden making a firm policy commitment to going green, we will see a surge in clean tech, circular economic principles and environmental accords. 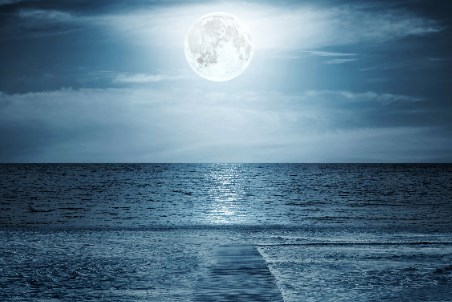 One important area will be renewable energy. It has grown in significance over the last decade, especially in the UK which has become a leading force in the drive to decarbonise electricity.

From the rhetoric of PM Boris Johnson, it is highly likely we will see an intense focus on green power solutions in 2021. How this no-carbon energy system is achieved, however, is a different matter.

The Earth possesses vast natural resources, some of which can be harnessed without damaging the environment. However, some are more effective and reliable than others. As such, if we are to meet the rising appetite for energy, we need to evolve our approach as we address the topic more holistically.

A need for evolution in renewable energy

Increasingly, concerns have been raised about how effective various renewable systems are in providing our ever-increasing energy needs in the long term, particularly as we wean ourselves off fossil fuels. Equally, the rising dependence on data and technology in our daily lives means consumption is set to increase, requiring sustainable solutions which can meet demand and do so at a reasonable price.

We urgently need to move away from fossil fuels in order to prevent the inevitable effects of global warming. In a bid to abandon these damaging energy sources for good, countries across the globe are primarily adopting renewable energy use in the form of solar and wind power, with the latter being the biggest source of renewable energy in the UK.

When renewables are just not enough

Whilst I am a fan of any type of green energy system which mitigates against climate change, and certainly feel wind and solar have their place in the energy mix, I do not think they are enough. And relying on controversial systems, such as nuclear, comes with its own issues.

Due to meteorological inevitabilities, wind and solar are unpredictable and inconsistent, only able to generate when a breeze is blowing or the sun is shining. That is why we need to give tidal energy, which relies on a continuous resource, greater focus, particularly if our appetite for electricity continues to increase the current rate.

Tidal offers a welcome, all-rounder solution, with the potential to deliver a more reliable and less expensive form of renewable energy, particularly for countries which have access to suitable ocean areas.

If built using high-resistance materials and components, tidal energy systems will last a lifetime and beyond. Further, they can also deliver power with the least negative environmental impact.

Unlike wind and solar solutions, which, as mentioned above, are time and weather dependent, tidal resources are available to drive a plant 24 hours a day, seven days a week, 365 days a year.

That is why I have been inspired to explore a solution which, unlike previous attempts in this field, is practical, predictable, perpetual, and future-proof. The ideas previously proposed at Swansea Bay had their merits, however a number of unavoidable issues and legitimate concerns about enclosing a large coastline area put paid to that concept.

Further it was another intermittent energy source which only achieved peak power output at fixed times, according to the tidal cycle. 75% of the time it would have produce an oversupply during low usage period, with no storage strategy in place for excess.

Over the last decade, I have been working with scientific, engineering and environmental advisers, with only one goal in mind: a renewable energy system that produces power 24 hours a day, every day, to make tidal power viable. This will play a major role in the drive towards net zero by 2050.

Progress has been steady, but breakthroughs over the last 12 months are now bringing TPGen24, the name of the project, one step closer to reality. Unlike Swansea, this plant would be at least 1 km offshore, producing baseline electricity 24/7 perpetually, and smart controlled, so not subject to the fixed tidal cycle.

As our research becomes more refined, its potential is becoming hard to ignore and it is hoped that it will make a strong case for the investment in, and development of, tidal energy infrastructure going forward.

Good for the environment and the economy

Harnessing tidal energy will help to combat climate change, as well as strengthen the UK’s post-pandemic economy by creating a huge number of new jobs. According to the government’s economic watchdog, the Office for Budget Responsibility, UK unemployment is likely to reach 2.6 million by the middle of this year. Renewable energy alone can create up to 150 000 new long-term jobs in the UK, which will help to plug the gap.

Coastal towns are some of those worst-affected by the pandemic. Once dependent on traditional industries, they have been facing longer-term problems due to a decline in fishing, shipbuilding and manufacturing industries.

The construction and operation of a tidal power plant in these areas could help to create real-value work, offer exciting new job prospects to a younger generation of energy professionals and engineers, and also provide a shot in the arm to the local economy.

There are reasons to be positive. Towards the end of last year, the UK Government announced its plans to make the nation a world leader in green energy. In the past five years, renewable sources provided more power than the once-prolific coal, proving the country is on its way to reaching its 2050 target. The gradual phasing out of gas from our built environment is yet another step in the right direction.

However, the UK will need to assess its renewable energy resources. It should give serious consideration to the myriad benefits of tidal power and look for more credible solutions than previously explored.

In a country surrounded by water, it not only makes sense, but it is essential to meet increasing reliance on electricity in order to maintain our standard of living. Ultimately, it is a win-win situation, delivering not only a zero-carbon future but also serving as a success story in tidal energy.

Read the article online at: https://www.energyglobal.com/special-reports/19042021/the-green-gold-rush-tidal-power/