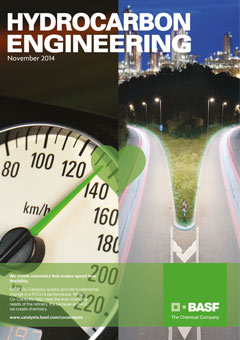 I think we can all agree that there has been a rather large and sudden change in the global crude slate. For a 20 year period up to 2008 and prior to the commencement of the shale revolution, light crude was a rarity in our industry and refineries around the world, but especially in the US were converting their units to process heavy, sour crudes. Due to this switch, the downstream sector is now either scrabbling to convert refineries to process the lighter feedstock, or is looking to countries such as Canada for imports of a heavier crude to process.

Register for a free trial »
Get started absolutely FREE in 2 minutes, no credit card required.

Of course, lighter and sweeter crude means an API gravity of more than 35 and lower sulfur content so this will most likely change the refinery product mix across the market. However, Bank of America Merrill Lynch, in a recent report, did ponder the possibility of some sustainability issues in the future when it comes to the light end of the crude slate. At the moment there is an oversupply of gasoline and when it comes to European production, refineries are switching to diesel and distillates in hope of staying more competitive within the global market and attempting to avoid further refinery closures. The lighter crude slate has the potential to worsen the gasoline glut as light crudes offer a higher percentage of gasoline output. So, if lighter crudes are on offer, particularly in the US, then more will be processed and gasoline is likely to rise as a portion of refinery output which isn’t necessarily a great prospect for those refineries that are already struggling in the marketplace.

But it is not all about light crude everywhere. Despite Europe’s refineries being more tailored to processing light crudes, there has been a rise in import levels of heavy crudes in to the region, according to Merrill Lynch. This is of course due to the gasoline glut, but it could also be that Europe’s refiners are acting in anticipation of the increase in gasoline output from refineries in the US, and is also responding to domestic demand more readily than global demand, as said by Merrill Lynch. Asia is also accepting a higher level of heavy crudes particularly from Canada and South America. Refining capacity is anticipated to increase dramatically in Asia in the not too distant future as the region becomes even more energy hungry. It is possible that the region will then absorb crude feedstock of any grade and will ensure that it has the flexibility to make the most out of what is on offer in the global market so that it can produce what is widely demanded domestically and what will benefit the nation when it comes to exports.

So it seems that whilst the crude slate is shifting to the lighter side, there are still regions that are taking advantage of the heavy crude that is available to the marketplace. Yet, what I believe will make the crude slate even more interesting is if the US begins exporting crude oil and what that will do to refinery product mixes around the world. Watch this space…

Get your free issue of Hydrocarbon Engineering