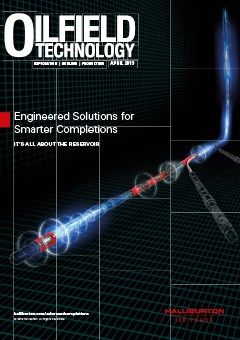 If asked which company they thought was the world’s most profitable, most people would likely suggest one of the usual suspects – Apple, Google, Amazon, etc. However, according to recent financial data released by Saudi Aramco, they’d be wrong. And not wrong by a small margin either, but by tens of billions of dollars. In 2018, Saudi Aramco made a profit of US$111 billion.

In order to attract investors to fund a US$70 billion stake in state petrochemicals company Sabic, the normally secretive Aramco recently released a host of financial information as part of a bond offering prospectus. That staggering US$111 billion figure is a little over US$50 billion more than Apple’s profit for the year and roughly US$5 billion more than J.P. Morgan Chase, Alphabet (Google’s parent company), Facebook and fellow oil giant Exxon Mobil combined. To put things into further perspective, the US$111 billion figure is after taxes, all US$102 billion of which went straight to the Saudi government.

The company’s profit figures (the first it has disclosed since nationalisation almost four decades ago) weren’t the only interesting revelations in the prospectus. For years, the secrecy around Saudi Arabia’s oilfields had left everyone guessing as to their true output. For example, it had widely been assumed that Saudi Arabia’s giant Ghawar oilfield had been steadily producing around 5 million bpd. However, the prospectus slashes this figure to a maximum of just 3.8 million bpd. Whilst all oilfields eventually face declining output, it was only as recently as 2017 that the U.S. Energy Information Administration benchmarked Ghawar’s production capacity at 5.8 million bpd.1

Virendra Chauhan, head of upstream at Energy Aspects Ltd., was quoted by Bloomberg as saying: “As Saudi’s largest field, a surprisingly low production capacity figure from Ghawar is the stand-out of the report.”2 Indeed, the news raises various questions: is the decline ongoing? Are other Saudi fields facing similar levels of decline? Perhaps unsurprisingly, the report gives no further insight into the figures.

What we do know is that this means the Permian, hub of the US unconventional revolution, is now the single most prolific oil basin on the planet – official data shows that the Permian produced 4.1 million bpd last month. All in all, it amounts to a perfect representation of the industry’s changing dynamics – even more so than the US claiming the title of the world’s largest oil producer late last year.3

Speaking of changing dynamics, it seems that things are beginning to look up for the offshore sector. John Baksht, CFO at Ensco was quoted as saying: “The offshore recovery is under way today […] This isn’t something that we’re waiting for.”4 Indeed, major players are making significant discoveries and pouring investment into prolific basins, such as the Gulf of Mexico (GoM). For example: After receiving promising results from its US GoM Whale discovery, Royal Dutch Shell spent US$343 million to secure the rights to 9 offshore blocks in the Mexican GoM.5 As Gordon Cope points out in this month’s regional report (p. 10), the GoM has decades of promise ahead.

Oilfield Technology will be attending OTC on 6 - 9 May, so feel free to drop by our stand (2760) and meet the team.