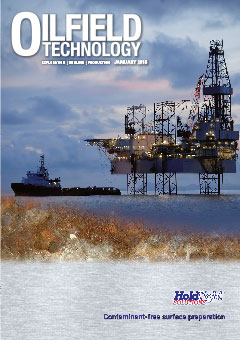 It’s a new year and a fresh start for some, including former BG Group executive Andy Samuel who has now officially taken up his position as Head of the new Oil and Gas Authority (OGA) in Aberdeen. Appointed in November by the UK government, his first task is to build the team around him and get ready to implement the proposals laid down last February by industry veteran Sir Ian Wood. The Wood Report, the UKCS Maximising Recovery Review, sought to act as a plan for boosting the sector as a whole and enhancing production from the UK Continental Shelf. Recommendations included establishing a new oil and gas regulator, stronger collaboration between government and industry, promoting ‘cluster’ field development to increase value, and increased investment in infrastructure to prolong the life of ageing platforms.

Published on 24 February 2014, the report stated: “The review believes that urgent and full implementation of the recommendations will have the potential to deliver, at the low end, an additional 3 - 4 billion boe over the next 20 years, worth approximately £200 billion to the UK’s economy at today’s prices.”1

Of course, in light of today’s oil prices, which at the time of printing have slipped to six-year lows under US$50 per barrel, this figure might need some revising. Additionally, in the current price climate, reports from the North Sea are worrisome – with operators scaling back on investment and cutting jobs. Seeing as the Wood Report recommendations are likely to take time to implement, the most pressing matter at the moment, according to industry body Oil & Gas UK, is the heavy taxes levied upon oil and gas operations.

Considering that back in 2011, the UK government justified a 12 point hike in the supplementary tax rate – from 20 to 32% – by noting that oil prices had almost doubled, it seems only reasonable that the drastic fall in prices we’ve seen over the last couple of months would justify a mirrored tax cut. The government is bowing to pressure, and Chancellor George Osborne has agreed to draw up a more wide-ranging package in the coming months, following up from a heavily criticised, measly 2 point cut announced in December’s Autumn Statement. Advocates for the UK energy industry want a response sooner than that.

On his first day, Mr Samuel said: “I am excited to officially start this role and I remain confident that there is a strong future for the UK’s oil and gas industry recognising the current challenging times.” I would hope that as Mr Samuel settles in to his new role, he fights for the operators, and for tax reform – we need to secure the industry, to make sure there’s something for him to regulate in the future!

Looking ahead this year, cost savings and improving bottom-lines are going to be paramount for 2015. Operators across the globe will be faced with difficult decisions over where to cut back and where to spend, so this is an ideal time for companies with cost-efficient solutions and products to stick their necks out and showcase their abilities, products and innovation. Many such stories are included in this months issue of Oilfield Technology – taking you from China, to the Banda Arc, Eagle Ford shale play, Brazil, Gulf of Mexico, and back to the North Sea.

It’s a competitive world out there, and no one ever won by hiding in the shadows.