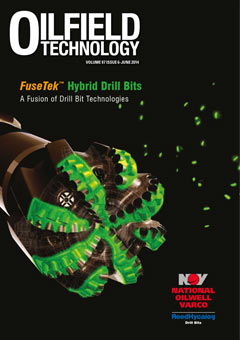 As the largest energy consumer in the world, it is not surprising to hear that China is, albeit reluctantly, shifting to a more meddlesome policy to protect its oil and gas imports, even from smaller markets such as South Sudan. Traditionally more taciturn, recent events suggest the country is looking to protect its interests in Africa’s youngest country.

South Sudan’s economy is 98% dependent on petroleum exports, and contributed 5% of Beijing’s total imports when production was at its peak in 2011. In January 2012, South Sudan voluntarily shut in all of its oil production following conflicts, border disputes and quarrels over pipeline transit tariffs with Sudan, and production was only restarted in April 2013, with varying flows. Today, oil production is currently at a third of the level it was at in December 2013, before the latest conflict flared up between factions loyal to President Salva Kiir and his former deputy, rebel leader Riek Machar, and is now in the region of 165 000 bpd.

China, traditionally not keen to promote the secession of states due to its own internal issues, stated from the beginning that it would support both Sudans and help promote peace. Now, with state firm China National Petroleum Corp (CNPC) having a 40% stake in a joint venture developing the South Sudanese fields, diplomatic patience over this low production is clearly wearing thin. Last year, several Chinese workers had to be evacuated from an oilfield in northern South Sudan as fighting reached the area.

South Sudan’s Petroleum Minister Stephen Dhieu Dau expressed “optimism” in a recent statement that “current operational challenges” to oil production will be resolved and output restored to its level in 2011, before the country claimed independence. China appears to be doing its best to help promote mediation and stability, firstly by pushing the rival factions to talk, and reportedly halting arms deal negotiations with the government late last year.

China’s direct involvement can also be seen in its latest US$ 1 million donation to the Intergovernmental Authority on Development (IGAD), a grouping of eight eastern African countries, currently recording violations of a second ceasefire agreed in May (the first deal in January crumpled almost immediately).

Although Western countries such as the US, the UK and Norway have been strong supporters of South Sudan since the secession, these countries do not have the same amount invested in the country. France’s Total has exploration concessions in South Sudan, but China is by far the largest international trading partner.

“We have huge interests in South Sudan so we have to make a greater effort to persuade the two sides to stop fighting and agree to a ceasefire,” China’s ambassador to South Sudan, Ma Qiang said in an interview at the Juba embassy. It could be hard for the world’s most populous country to ignore other disputes across the African continent. There is pressure for Beijing to get more involved, to counter Western policing of the peace.

When Chinese Premier Li Keqiang visited Nairobi last month, Kenyan President Uhuru Kenyatta made a point of highlighting China’s “substantial political, diplomatic and financial assets, which, if fully applied, would be a game-changer in the region’s peace and security.” Premier Li, however, reiterated the customary position, that China will not interfere in Africa’s internal politics. It remains to be seen if China, as its economic ties grow, will be able to stay out of the political sphere for much longer.

When discussing China’s energy relations in 2014, it would be impossible to ignore last month’s record US$ 400 billion contract with Russia, where gas supplies have been guaranteed for the next 30 years. The agreement was signed in Shanghai between Gazprom and CNPC, and will see Russia begin delivering natural gas via pipelines from 2018, building up gradually to 38 billion m3/yr. For Moscow, currently facing sanctions over its actions in Ukraine, the deal with China is opening up a new market in the East, and could even help Russia enter the lucrative LNG market, an area it has yet to fully penetrate. China is not publicly recognising Russia’s occupation of the Crimean Peninsula, partially for the abovementioned secession reasons, but certainly seems to be benefitting greatly from Russia’s leaning to the East. The question is: how much further can China’s energy negotiations stretch, without forcing the detached, diplomatic gloves to come off?