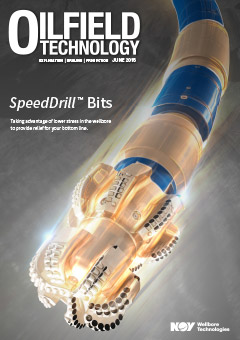 The tide turned last month in Edmonton, Alberta when Rachel Notley, leader of the New Democratic Party won a decisive victory in the provincial election over the Progressive Conservatives, ending their 44-year reign. The NDP won 53 of the province’s 87 seats, and Notley was elected Premier based on a platform including increased corporation tax, reducing greenhouse gas emissions and reviewing the current royalties system.

The NDP’s promises of increasing the current corporation tax of 10% – Canada’s lowest – to 12% has been criticised by the oil and gas industry. The Brent oil price has been slowly inching up to over US$60/bbl, but the high capex and operating costs of oilsands production have resulted in layoffs and a slowdown of projects. The Canadian Association of Petroleum Producers (CAPP) forecast industry capital investment to be down CAN$23 billion since last summer.

This is arguably not the time to squeeze more money out of a sector that is facing challenging times ahead, especially when many jobs are at stake.

Others seemed to agree, as oil and gas companies took a dive in the Toronto Stock Exchange the day after the election.

However, Notley has recognised the importance of building a strong relationship with the energy industry. The day after the election she announced her intention to reach out to business leaders in the oilpatch to begin this new 4-year relationship. Notley added that although there will be some reforms these will be carried out “collaboratively and in partnership with our key job creators.”1

The new Premier is a supporter of growing Alberta’s refining sector and carrying out necessary upgrades to create more jobs in the province. In tandem, she is open to discuss domestic pipeline projects such as Kinder Morgan’s Trans Mountain and TransCanada’s Energy East line, but is in opposition to TransCanada’s Keystone XL, which would see Canadian oil piped south to Texas refiners. The NDP’s priority is making sure all Albertans benefit from natural resources development.

One of Notley’s main challenges will be striking a balance between supporting the energy sector, which in 2013 contributed over 24% of the province’s GDP,2 and meeting the environmental and economical expectations of her electorate.

The promised increase in corporation tax, which will affect all industry, is not as controversial as the royalty review. Indeed many Albertans were riled when former (PC) Premier Jim Prentice decided last year to increase income tax whilst sparing corporations to stem a budget shortfall.

Royalties, however, form part of the government’s take of natural resource development, thus specifically target industries such as oil and gas. Prior to the election, executives voiced their concerns about a possible review.

“I don’t think there’s any room for any increase in royalties,” Cenovus CEO Brian Ferguson was quoted as saying a week before the election.3

But Notley has made it clear that this review is high on her agenda.

Aglukkaq also intends to introduce regulations to cut methane emissions from the oil and gas sector. The new Alberta government will undoubtedly play a large part in helping to achieve this goal. This means that Notley will be faced with difficult decisions where compromises will have to be found. Many fear that environmental issues will win over creating jobs and growth plans.

Prime Minister Stephen Harper was one of the first to congratulate Notley upon her win. He’s facing his own election later this autumn and the stakes just got higher for the federal Progressive Conservatives in making sure this provincial outcome does not have a larger, national consequence.