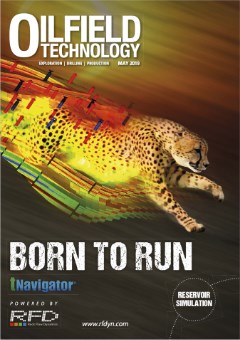 It’s been another dramatic few days in the world of oil. Presidential announcements, major pipeline problems and even attempted coups have all had an impact on prices.

Perhaps the most notable of recent developments is US President Donald Trump’s decision to tighten sanctions against Iranian exports. Under the current round of sanctions, eight countries (regular importers of Iranian crude) had obtained sanctions waivers, which allowed them to continue making purchases without fear of punitive measures from the US. However, President Trump announced that, as of 1 May, these waivers would no longer be renewed. Iran’s Oil Minister, Bijan Zanganeh, made a pointed comment in the wake of the announcement: “Those who use oil as a weapon against two founding members of OPEC are disturbing the unity of OPEC and creating the death and collapse of OPEC and the responsibility for that is with them.”1

One of the key pledges of the President’s 2016 campaign was to take a hard line on Iran. With the run-up to the 2020 US elections already beginning, it’s perhaps of little surprise that the President has chosen to make this move now. It’s not a move without risk, however; a significant rise in crude prices caused by a reduction in supply would raise fuel prices in the US – another hot button election issue. On one hand, the timing looks right: it appears that prices might be held in check – news of growing US inventories, rising US shale and Saudi production all take away some of the risk. On the other hand, there are a number of looming issues that could see prices spike.

In Europe, a major contamination crisis has hit one of the key Russia-Europe oil pipelines, taking an amount equivalent to roughly 8% of the continent’s daily consumption off the market. Unacceptable levels of organic chlorides were found in supplies of Russian crude being transported by the 5500 km Druzhba pipeline, causing a number of countries, including Hungary, Poland, Slovakia, and Ukraine, to halt deliveries.

In South America, Venezuela has continued to stumble towards civil war. The country, which relied on high oil prices to fund expansive welfare schemes, has been badly impacted by price volatility. Food shortages, blackouts, sanctions, civil disorder, violent unrest, and what appears to have been an attempted coup have all seen oil output plummet over the course of 2019. In January this year, the country produced 1.2 million bpd while figures for April show this has fallen to just 476 000 bpd.2

In North Africa, a fresh outbreak of fighting has also threatened supply and pushed up prices. Oil facilities have been prime targets for the various factions engaged in the conflict ever since the overthrow of Gaddafi in 2011. This latest round of fighting risks such facilities being damaged or used as bargaining chips once more.

Despite these risks, President Trump’s gamble may still pay off. Surging production has lead to the US becoming a net exporter with US crude flooding European markets, often undercutting the rates for local blends. One refiner interviewed by Reuters, stated that: “US oil is on offer everywhere […] It puts local grades under a lot of pressure.”3 Indeed, European demand now makes up 12% of US exports, having risen from 7% in 2017.4

However things go, Oilfield Technology will be there to provide you with the latest news, industry reports, and technical articles.