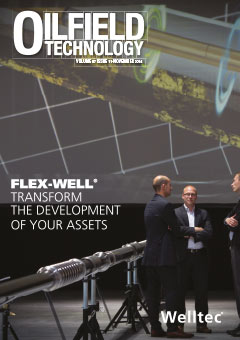 When OPEC’s annual report, the 2014 World Oil Outlook (WOO) was published early this November, many were looking for a comment on the current low oil price; average crude prices have fallen below US$ 80 for the first time in four years sending traders, oil professionals and reporters into speculative apprehension. Predicting a “constant nominal price of US$ 110/bbl” for the rest of the decade, the WOO report stated that OPEC is “careful not to be distracted by short-term fluctuations, including recent market behaviour.” In other words: no comment.

The spotlight has been on the continued viability of US shale plays when facing a sustained period of low oil prices due to oversupply. It is nigh on impossible to quantify the average shale play’s break-even price, due to the numerous variations across wells, fields and operators. Often reliant on ‘pure play’ tactics, many shale operations require continuous reinvestment and it is feared that without an oil price of around US$ 100/bbl, the industry will struggle.

However, analysts believe that in reality, the shale industry will be more resilient than other conventional operations, simply because of the steady stream of technical improvements. Analysts at Rystad Energy recently predicted that oil prices could fall as low as US$ 60-65/bbl, and the North American shale output in 2015 would maintain expected exit-2014 levels of 6.4 million bpd.

Looking at shale oil producer EOG Resources, for example, which cut its cost per well in the Leonard shale from US$ 6.9 million in 2011 to US$ 5 million this year, while raising average production from each well, it is clear that the industry has evolved. It no longer takes 2+ weeks to drill a shale well. Instead, technical advances such as tactical proppant usage, multi-stage fracking and ‘economies of scale’ assembly lines, have increased production and could see the US boom continue to bellow.

As the oil prices have tumbled, the main question after, ‘how will the US fare?’ is ‘what is Saudi Arabia’s end-game?’ With the lowest break-even point of all OPEC countries, Saudi Arabia is arguably in a position to benefit from a ‘price war’ between OPEC and non-OPEC suppliers. Some believe the country’s actions are more nuanced, and defending its market share took priority over acting as a global stabiliser. Indeed, Bob McNally, Head of consultancy Rapidan Group, commented recently that “Riyadh sees less of a need to act as a swing supplier in a weak market…[Saudis believe] shale producers are a blessing, as they put a ceiling on the price as well as a floor.”1

Whatever Saudi Arabia’s intent, as the OPEC countries prepare for their next assembly in Vienna at the end of this month, there is additional pressure from the global community. OPEC member Venezuela, suffering from high inflation, is said to be struggling with the low price, and Venezuelan Foreign Minister Rafael Ramirez recently pushed for an emergency meeting with Saudi Oil Minister Ali al-Naimi to discuss the oil price. Similarly, Russia’s economy, so heavily dependent on oil and gas exports, is bracing itself for a hit. President Vladimir Putin noted that Russia “cannot rule out a revision in the budget,” and the IMF has reduced its 2015 growth forecast for the country to 0.5%, down from 1%.

For oil and gas operations with higher break-even prices than shale plays, such as China, Indonesia, offshore Malaysia, Nigeria, conventional onshore US, UK, and onshore Russia – all highlighted in the latest IEA report2 – OPEC’s decisions can have an even stronger effect, slowing investment and potentially halting production. However, looking at the long-term picture: a growing world population and growing industrialisation and urbanisation means that rising resource exploration and continued investment is a given. Oil demand will rise, up to 111.1 million bpd by 2040 according to the WOO.

All eyes will be on Vienna soon, and analysts will be waiting in the wings to release predictions and plans for 2015. Speaking of next year, Oilfield Technology’s 2015 editorial calendar and media pack is available online at www.energyglobal.com/advertise. Please get in touch if you are interested in contributing a technical article, or simply wish to give some feedback.