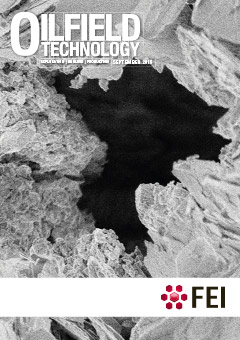 Summer may be gradually drawing to a close, but the sun is still shining in the Mediterranean; records were broken recently with Eni’s discovery of a supergiant gas discovery in the Zohr prospect, located offshore Egypt in water depths of 1450 m.

According to the data currently available, the massive find is believed to hold up to 30 trillion ft3 of natural gas and 5.5 billion boe, making it the largest ever discovery in the Mediterranean, and one of the largest in the world. Needless to say, CEO Claudio Descalzi was rather pleased with the find, hailing it as “historic” and a “very important day”. The Egyptian government will likely be pleased too; having struggled with energy shortages and power outages over recent years, the massive find looks set to supply domestic Egyptian demand for some time, possibly decades. The discovery even brings positive news from an environmental perspective: gas shortages had begun to impact heavy industries, such as cement and steel production, and had forced the Egyptian government to move increasingly towards using coal for electricity generation. The cleaner gas supplied by the find looks likely to reduce this dependency and the associated pollution that comes with it.

Interestingly, the discovery has not been greeted so gladly in neighbouring Israel. The Leviathan gas field offshore Israel has been estimated to hold 16 trillion ft3 of gas, but bureaucratic and regulatory roadblocks have reportedly delayed production and export. A further hitch for Israel is that Egypt had been targeted as a key destination for exports from the Leviathan field; Eni’s record-breaking discovery now makes this less likely, possibly leaving Israel with the job of looking for new export routes. Yuval Steinitz, Israel’s Energy Minister, summed up the situation by saying that it is “a painful reminder that while Israel sleepwalks and dallies with the final approval for the gas road map, and delays further prospecting, the world is changing in front of us, including ramifications for exports.”1

All of this goes to show the continued importance of the oil and gas industry and its ability to revitalise economies and shape political relationships. Take the US as an example: one report by Boston Consulting Group recently went so far as to state: “Unconventional gas and oil resources are perhaps the single largest opportunity to improve the trajectory of the US economy.”2 The report also found that growing domestic oil and gas production provided a whole host of benefits. These ranged from driving down the need for foreign imports, to providing lower, more stable domestic energy prices, boosting US manufacturing, reducing the trade deficit and even strengthening US geopolitical standing. The current low oil prices have certainly had something of a dampening effect on the impact of the US energy revolution (felt through cut backs and job losses), but they haven’t stopped it. Indeed, many companies are being driven to develop innovative new technologies and more efficient operational practices in order to compete in this new environment. This increase in efficiency is already paying off, with some operators in the Bakken now theoretically capable of making a profit on oil prices as low as US$30!3

Returning to Egypt then, it will be interesting to see the impact of Eni’s discovery over the coming years. Will the country take inspiration from the US shale industry and leap on the opportunity to make full use of this staggering resource, or will bureaucracy and red tape render it another Leviathan? Only time will tell.

Speaking of time; it won’t be long before the Oilfield Technology team is jetting off to Houston for SPE ATCE (28 - 30 September). If you’ve got an exciting technical case study to talk about, or just want to say ‘hi’, drop by stand 1743 – we look forward to seeing you there!