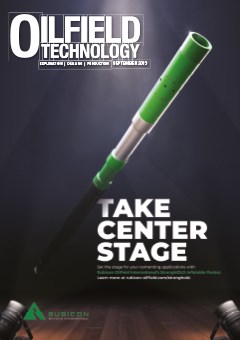 At the end of August and beginning of September 2019, only one thing has been on the minds of the British public – The Great British Bake Off. For an hour each week (or sometimes for an hour and a half if we are lucky), the nation turns to their television screens and watches as the country’s best amateur bakers are put to the test, in the battle to see who will take the title of Star Baker, or who will crumble under the pressure. In 2016, the future of the show came into question after its production company controversially signed a deal to produce the show for Channel 4, rather than continuing on at the BBC. Nevertheless, three years later and the Danish pastries, doughnuts and drama have prevailed, cementing the show firmly as a national treasure.

Elsewhere in the UK, a new potential treasure has been discovered in the Chew Valley, north-east Somerset, by a group of metal detectorists. A total of 2528 silver coins were found dating back to the aftermath of the Battle of Hastings, including coins of Harold II, the last crowned Anglo-Saxon king of England, coins of William I, and several other fragments. According to the British Museum, this is the second largest find of Norman coins in British history. However, at the time of writing, the discovery has not been officially declared as treasure by the Avon coroner. Once this has been achieved, the Roman Baths in Bath hope to acquire the coins.

Similarly, the Black Sea became a region of significant scientific interest globally in 2017 when 60 ancient shipwrecks were discovered that spanned over 2500 years, including the Byzantine period, the Roman Empire and the Ottoman Empire. One of the most extraordinary aspects of this find was how well the ships have been preserved. Due to the anoxic layer in the Black Sea, ships that have sunk don’t decompose as they would elsewhere. Without the oxygenated water causing damage to wood and metal, the ships preserve almost perfectly.

However, not everyone is always satisfied by the unearthing of (potential) treasure. While the Black Sea discovery was a breakthrough for the scientific community, it has brought with it a host of new Romanian environmental laws, which dictate that companies must perform an archaeological clearance survey before proceeding with drilling and construction operations.

One such project was completed in July 2019 by James Fisher Marine Services (JFMS) for LUKOIL. At approximately 1000 m water depth, the deep-towed subsea survey covered an 8 x 6.13 km grid over three planned exploration wells in the Ex30 Trident Block, mobilising out of the port of Constanta, offshore Romania.

The post-analysis data showed that the field contained no targets of potential archaeological interest, which meant the Romanian authorities were free to issue an Archaeological Discharge Certificate and LUKOIL may now proceed with drilling and construction operations in the field later this year.

For LUKOIL, the lack of treasure discovered in the field was a blessing, allowing them to search for something the company would find much more valuable: oil and gas. After all, treasure is in the eye of the beholder.