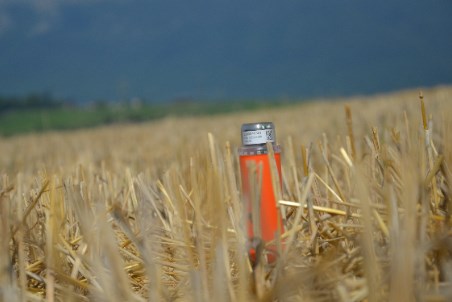 Seismic technology has helped unlock the subsurface for oil and gas exploration for decades. However, its potential to do the same in the geothermal sector has remained largely untapped due to cost and complexity. In urban and residential environments, where geothermal energy has the potential to decarbonise not only electricity but also heating, seismic crews and their equipment have limited access due to the high concentration of existing infrastructure. Often, project developers must request road closures to allow the operation of vibroseis trucks and transportation of equipment.

These challenges have meant that developers have had to compromise on survey geometry, and ultimately seismic quality, by acquiring sparser and more irregular surveys. This is despite the fact that understanding the structural geology and stratigraphy of the subsurface is critical to the success of geothermal projects.

As one of the lightest and most cost-effective seismic technologies on the market, STRYDE is at the forefront of bringing the advantages of high-quality seismic imaging to clean energy solutions. At 150 g, STRYDE nodes are light enough for a single person to carry 90 nodes, meaning a two-person crew can deploy and retrieve hundreds of nodes in a single shift. This reduces the need for heavy vehicles in order to transport equipment, allowing seismic contractors to work without necessitating road closures and lowering emissions associated with project development. The small size of STRYDE’s nodes also allows for the discrete placement throughout an urban environment, enabling higher-density surveys.

With this technology, STRYDE enabled realtimeseismic to successfully conduct a variety of complex geothermal projects in Europe using their nodal system. realtimeseismic was able to shoot a city-based 3D study in just one month, versus the 6-10 months it would have once taken with traditional cabling systems due to the flexibility of the nodal system and speed at which data can be processed once the nodes are harvested.

STRYDE’s size and weight also enabled realtimeseismic to complete surveys during COVID-19, when restrictions limited the number of people who could be sent on-site.

realtimeseismic were able to demonstrate that, through the use of high trace density acquisition and modern data analytics, irregularity of data due to restricted access in a city could not only still be used to generate an image of the subsurface, but even help reveal the true geology of the subsurface.

Claudio Strobbia, Founder and Chief Research Scientist, realtimeseismic said, “Our vision is to accelerate seismic acquisition without compromising on quality. That is why we decided to partner with STRYDE. They are extremely committed, highly qualified scientists and technicians who have helped us do things that simply were not possible before. There is a real sense of co-operation and a shared passion to make every project a success.”

“The proof is that our geothermal clients are incredibly happy with the results they are seeing. STRYDE’s technology is taking away much of the risk they would traditionally face.”

Mike Popham, Chief Executive Officer, STRYDE said: “We were very impressed with realtimeseismic’s capabilities and eagerness to learn about our technology. It is clear that our two companies share the same vision of making high quality seismic affordable to all industries. By increasing productivity, reducing resource requirements, enabling rapid project delivery, and providing easy-to-use technology solutions, our collaboration has been able to unlock opportunities for geothermal, which has the potential to be one of the most powerful energy sources in the world.”

“We are proud to use our nodes to build the high-density dataset needed for the big data approach realtimeseismic takes to surveying for geothermal projects. The combination of their advanced software solutions and our nodal systems have allowed realtimeseismic to outpace the competition when it comes to subsurface surveying and analytics.”

Read the article online at: https://www.energyglobal.com/other-renewables/01072021/realtimeseismic-conducts-geothermal-surveys-with-stryde-technology/

Ørsted has completed the 670 000 solar panel project in Colbert County, Alabama, US.