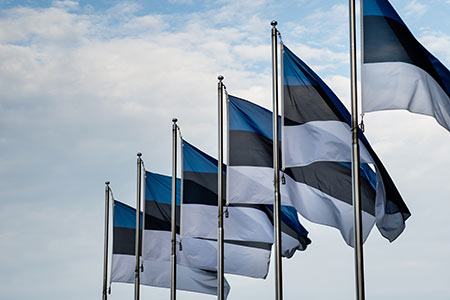 According to the International Energy Agency (IEA), Estonia is on the brink of a major energy transition that will involve a substantial change in the role of domestically produced oil shale in its energy mix. In its in-depth review of the country’s energy policies, the IEA offers recommendations for Estonia’s energy transition.

Estonia’s energy supply is unique among IEA member countries because of its strong reliance on domestically produced oil shale, which dominates electricity generation. This provides the country with a high degree of energy independence, but it also gives Estonia the highest carbon intensity of all IEA countries. Oil shale, an energy-rich sedimentary rock, and the shale oil produced from it are different from light tight oil (sometimes also referred to as shale oil), which is produced from shale formations, often together with shale gas, in hydraulic fracturing. This is not done in Estonia.

In the future, Estonia’s transport and power sectors will need to shift to lower-carbon energy sources. Its industry is set to move towards extracting higher value from the country’s oil shale resources by producing more liquid fuels that also have environmental benefits.

“This transition represents a major economic and social challenge, and we recommend that it be supported by identifying cost-effective pathways for the decarbonisation of the energy sector,” said Dr. Fatih Birol, the IEA’s Executive Director.

The in-depth review of Estonia’s energy policies is the first by the IEA since the country became the 29th member of the organisation in 2014. The report discusses the energy challenges Estonia faces and recommends possible solutions to help it to achieve a secure and sustainable energy future.

Estonia made strong progress in the deployment of wind power until 2015, but significant administrative barriers have since emerged. As wind power is likely to be the lowest-cost technology for future large-scale renewable energy projects in Estonia, the IEA encourages the government to quickly address the barriers to its deployment.

“I congratulate Estonia on already achieving its mandatory EU emissions reduction and renewable energy targets for 2020,” Dr. Birol said. “The IEA believes that reaching the ambitious targets for 2030 can be possible but requires more determined action, taking economic and energy security considerations into account.”

Estonia’s main challenge in the transition to a cleaner energy future – one shared by many IEA countries – is the decarbonisation of its transport sector, which is currently not on track to meet short-term emissions and energy efficiency targets. The IEA recommends that the government review the energy taxation of all fuels to better reflect their carbon content. That would accelerate the switch to low emission technologies, notably in the transport sector.

Following the expansion of regional energy infrastructure and improved cooperation between Estonia and its EU neighbours, the country is now firmly embedded in the European energy system, which brings significant energy security benefits. Instead of pursuing energy independence as a major energy policy target, the IEA recommends that Estonia work with its EU neighbours to prioritise the identification of market-based solutions to diversify supply and enhance security of supply.

Today, Estonia’s level of electricity interconnection is already substantially higher than the target set for EU countries. The expected synchronisation of the Baltic electricity grid with the continental European grid by 2025 will further increase Estonia’s security of electricity supply. This will also alleviate any potential supply concerns arising from the expected reduction of electricity generation from oil shale.

Read the article online at: https://www.energyglobal.com/other-renewables/04102019/new-iea-policy-review-offers-recommendations-for-estonias-energy-transition/